Crime of the Week

Submit a Tip
Tip Follow-Up
Mobile App
If you have any information about these crimes or any person(s) involved, you are urged to call Crime Stoppers at or submit a Web Tip .  You do not have to give your name.  CRIME STOPPERS will pay a cash reward of up to $2,500 and you can remain anonymous.

During the investigation, Pegram stated the shooting occurred in the 1100 block of Attica Street by two unknown black males. Officers then responded to Attica Street and secured a residence where the shooting most likely occurred. It is believed that this shooting was not a random act of violence and Pegram was the intended target.

The Burlington Police Department is actively seeking anyone with information regarding this investigation. We ask you to call the Burlington Police Department at (336) 229-3500. For anonymous methods, call Alamance County-Wide Crimestoppers at (336) 229-7100 or by using the mobile App P3 Tips. Tips provided through Crimestoppers may be eligible for cash rewards.

Further updates will be provided when available.

On May 27th, 2020, the Burlington Police Department responded to the 1200-blk of Evans Street in regards to a report of an injured man in a yard. Upon arrival officers located, Warren Frederick Mebane, a 49-year-old male lying in a yard suffering from multiple gunshot wounds. Alamance County EMS responded to the scene and attempted life-saving measures but Mebane was pronounced deceased on scene.

On May 31st, 2020, Investigators with the Burlington Police Department arrested Sebastian Tyrell Johnson, an 18 year old male of Burlington, NC in relation to this case. Johnson was charged with 1st Degree Murder, Felony Breaking and Entering, and Larceny of a Firearm. Johnson is currently in the Alamance County Jail with no bond.

On June 2nd, 2020, Cordero Amir Fox, an 18 year old male of Burlington, NC was also arrested and charged with 1 st Degree Murder, Felony Breaking and Entering, and Larceny of a Firearm. Fox is currently in the Alamance County Jail with no bond.

The investigation is continuing and the Burlington Police Department continues to seek anyone with information to contact the Burlington Police Department at (336) 229- 3500. For anonymous methods, call Alamance County-Wide Crimestoppers at (336) 229-7100 or by using the mobile App P3 Tips. Tips provided through Crimestoppers may be eligible for cash rewards. 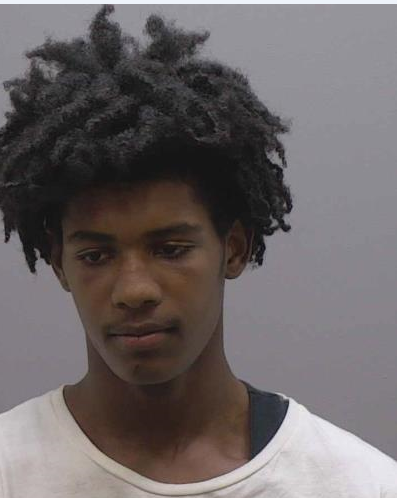 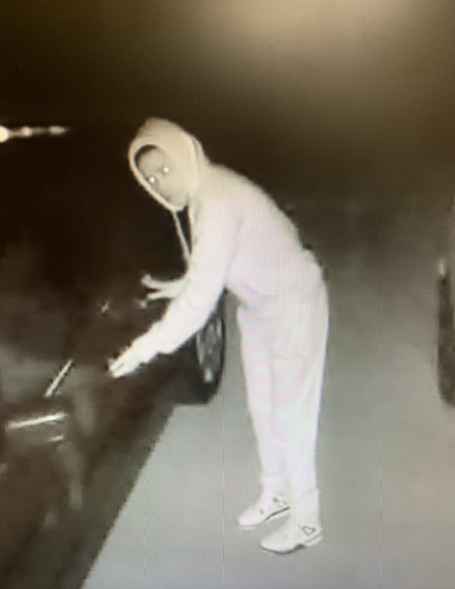 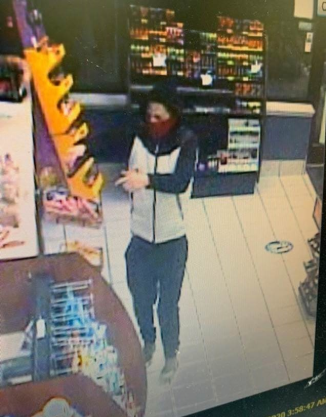 Graham Police Department
05-18-2020
Shooting
On May 18, 2020, at 1935 hrs. officers with the Graham Police Department were dispatched to the area near 112 Florence St. reference to a shooting. The victim, Kenaya Derrell Glover 33 years old, was shot by subjects driving by in another vehicle while sitting in his vehicle. He was transported to a local trauma center with non-life threatening injuries. The suspect vehicle was described as a Honda passenger vehicle. The suspect vehicle was driven by a black male wearing a red bandana over his face and the shooter was descried as a black male wearing a red hat.
Anyone that has information reference to this case is asked to contact the Graham Police at 336-570-6711 or Alamance County Crimestoppers.

Elon Police Department
On May 12th at approximately 1016, an unknown individual damaged a Menorah that was located at the Chabad Center on Truitt Drive in Elon. The Elon Police Department was able to obtain video surveillance of the vandalism being committed. The video shows that someone stopped their vehicle in the roadway in front of the Chabad Center, exited their vehicle, and knocked over a large Menorah that was located in front of the Chabad Center. At this time, this is being investigated as a hate crime.
We are saddened that this type of action was perpetrated in our community. Elon is a close-knit community that is accepting of all faiths and religions. This cowardly act is unacceptable and does not represent the Elon community or our community values.
The Elon Police Department is working to bring the suspect to justice.
If anyone has additional information about this incident, we ask that you call the Elon Police Department at (336) 584-1301 or Crimestoppers at (336) 229-7100 or P3 Moblie App 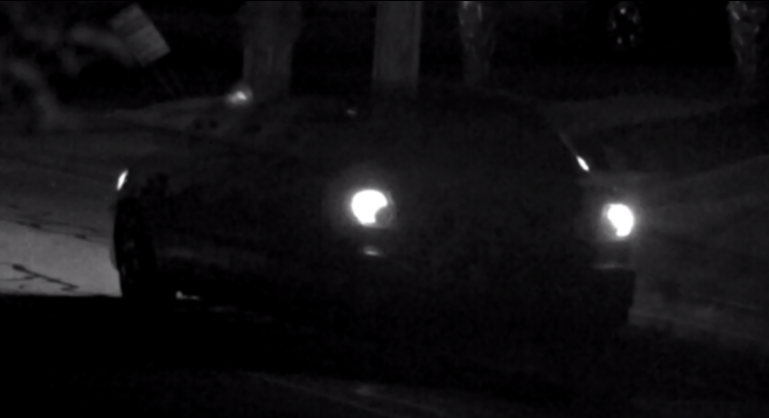 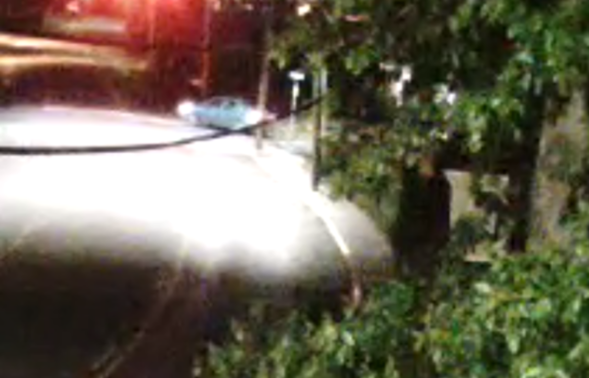 On April 10, 2020, at 03:38 am, the Burlington Police Department responded to Cruizers located at 728 North Church Street in reference to a robbery.  The investigation revealed that an unknown black male robbed the business of an undisclosed amount of currency while displaying a knife.  The business employee was the only one in the store at the time of the robbery and was not injured.  The suspect fled the scene running north on foot towards North Fisher Street.

The suspect is described as being approximately 48 to 50 years of age, 5’-8” tall, 220 pounds, bald, having a grey goatee, and wearing a black toboggan, silver glasses, a white surgical mask, a black long sleeve shirt, black cargo pants, and black shoes. 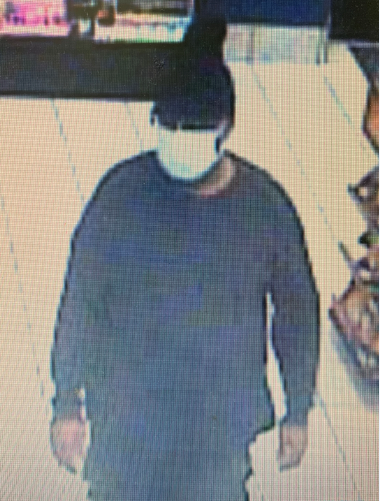 On March 28, 2020, at approximately 8:10 AM, officers with the Burlington Police Department made contact with a suspicious male in the parking lot of Food Lion located at 2660 Ramada Road.  The individual was identified as Jordan Meade, and officers believe he spoke with several citizens around this time.  If you had any conversation with this individual, please contact the Onslow County Sheriff Office or Onslow County Crime Stoppers at 910-938-3273.

This information is being disseminated at the request of the Onslow County Sheriff Office.  Meade is currently being held in the Onslow County Jail for various crimes and is not a threat to the citizens of Burlington.

On 04-05-2020 at 8:16 pm. Burlington Police responded to the 1300 block of Beaumont Ct. reference to a hit and run motor vehicle crash involving a juvenile on a bicycle.  The suspect vehicle was a white SUV, possibly a Nissan Rogue. The juvenile was taken to the hospital with non-life threatening injuries.

If you have any information about this incident, contact the Burlington Police Department or Crimestoppers. 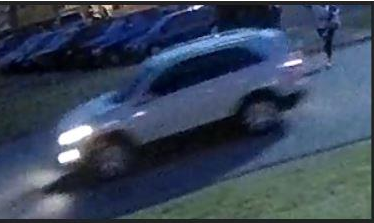 On April 2, 2020 at 4:41 p.m., a gunshot victim arrived at Alamance Regional Medical Center. The victim was identified as Jordan Bell 19 years old, from Elon, NC. Bell believed the shooting occurred near the area of Sharpe Road in Burlington, NC.

Bell is in stable condition with a non-life-threatening wound to his lower leg. The Burlington Police Department’s Criminal Investigation Division is currently investigating this incident.

Anyone that has information about this is urged to contact the Burlington Police Department or the Alamance County Crimestoppers.

These two are suspects in a breaking and entering of a motor vehicle at Cedar Rock Park.  The driver is a male in the 20's.  The passenger is a female in the 20's that looks pregnant.   The suspect vehicle is a white vehicle with the license plate covered. 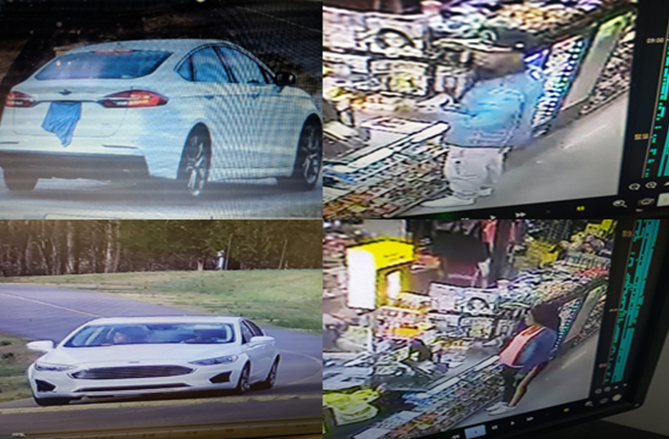 B.O.L.O. Be On The Lookout
Alamance County Sheriff's Office
March 10, 2020
Burlington, NC-
On Tuesday night at 11:10 p.m., the Alamance County Sheriff’s Office responded to a report of Armed Robbery at the Dollar General, 2649 Union Ridge Rd., Burlington, NC.
The employees reported two black males approached them as they attempted to leave the store for the night.
The males forced the employees back into the store at gunpoint. The complainants reported being forced to open all registers and the safe in which was on a timer.
The suspects took cash from the store, then forced the employees in a closet. There were no injuries.
It took the employee approximately 15 minutes to get out and call 9-1-1.
The suspects attempted to leave out the back door but could not. They instead ran out the front door.
A K9 was deployed but lost the track.
There is no known direction of driver or vehicle involved.
If anyone has information, please call Crime Stoppers at: 336-229-7100 or submit a tip on P3.

B.O.L.O.
Be On The Lookout
Armed Robbery

On Saturday, February 29, 2020, at approximately 9:40 p.m., Alamance County Sheriff’s Deputies were dispatched to a report of Armed Robbery at Family Dollar 2113 N, NC-87, Elon, NC.
The suspect was described as a black male between 30 and 40 years of age. He was described as 5’8”- 5’-10” tall. He was reportedly armed with a handgun. He was dressed in dark clothing with a black article of clothing covering most of his face.
The suspect fled the scene on foot just moments before Patrol Deputies arrived. A K-9 responded and tracked the suspect, but was unable to locate him. 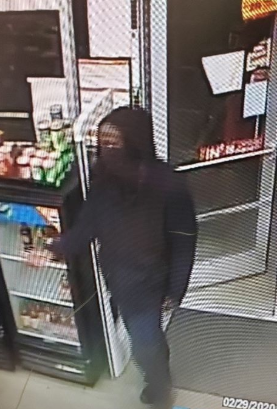 On 02-08-2020 and 02-15-2020 Haw River Police Department had several Motor vehicle break-ins that occurred on Terrywood Ct. and the Henry Farms subdivision in Haw River.  Also, a white 2007 Ford F-150 truck was stolen from Terrywood Ct. during the same time frame and it was recovered a couple of days later.  The suspect vehicles are a burgundy SVV and the other was a white four-door vehicle. Click here to view a video of the suspects and the suspect vehicle.

Contact the Haw River Police Department or Crimestoppers if you have any information that could aid in the cases.

See photo of the suspect in the stolen truck and the suspect vehicle from Henry Farms subdivision. 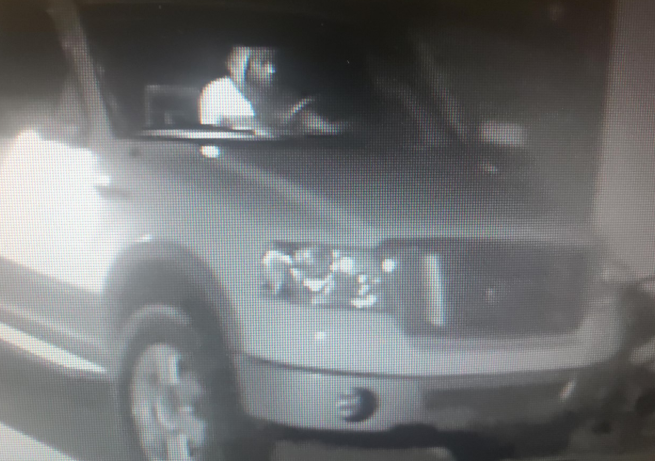 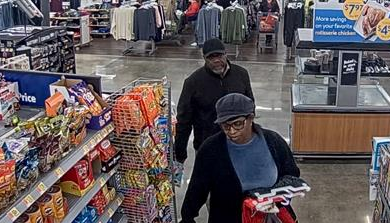 On 02-15-2020 at 12:32 am. Officers responded to the Speedway located at 653 E. Webb Ave. in Burlington, NC reference to a robbery.  The clerk reported that an unknown male with a bandanna over his face and armed with a handgun robbed the store.  The suspect left with an undetermined amount of money on foot toward Tucker St. 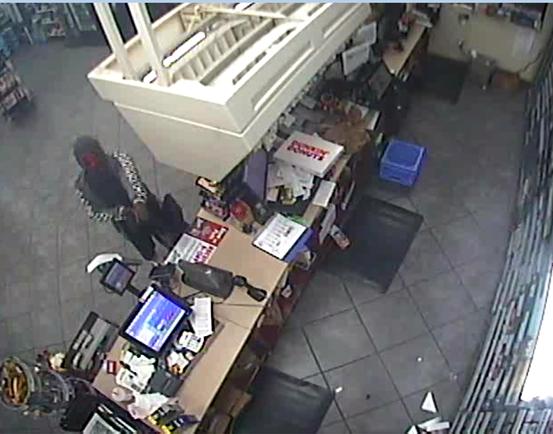 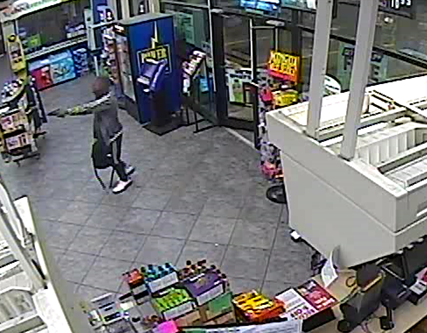 B.O.L.O.
On Friday, February 7, 2020, at approximately 2:20 p.m., the Alamance County Sheriff’s Office received a report of a breaking and entering in-progress on Pagetown Rd. Burlington.
The victim arrived home and found a vehicle in her driveway. She described the vehicle as:
Silver in color Mercury sedan (2000-2010 approximate model year) with a dent under the driver headlight and peeling paint on the hood.
The homeowner observed two Hispanic males (20-30 yrs. old), one with a mustache, fleeing the home.

The Haw River Police Department is conducting an investigation of a hit and run involving property damage. This incident occurred on 02/04/2020 at approximately 1920 hours. The hit and run took place at Whistle Express located at 1001 West Main Street, Haw River.

This business is located near the city limits of Haw River and Burlington. The suspect vehicle should have damage to the passenger side rear quarter panel and rear door. The suspect vehicle is described as a Buick SUV possible a Rainier model. The vehicle was driven by a white female in her mid-40’s. Photos of suspect vehicle and driver are attached (see below).